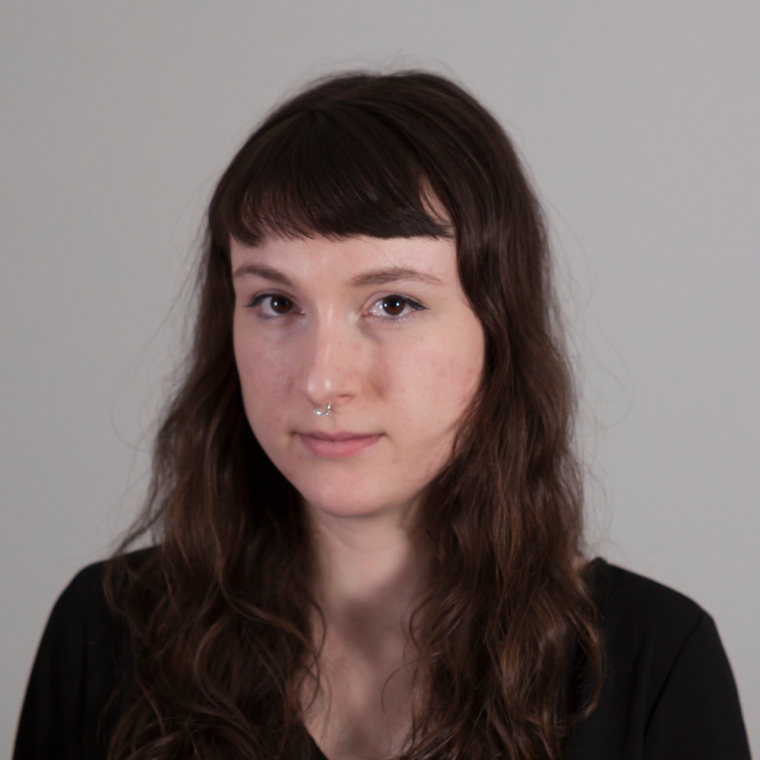 Camille Weisgant graduated from Bard College in 2015 with a degree in Theatre and Asian Studies. There, her thesis involved adapting a traditional Japanese Noh play for modern audiences. Most recently Camille worked for Etsy.com where she engaged with small-business owners daily to scale their businesses. In her graduate study, she looks forward to revisiting how performance and other arts can connect viewers with different cultures, as well as how she can better support up-and-coming creatives using both her artistic sensitivity and entrepreneurial knowledge.

Jessie: Tell us about your experience interning at the at the Japan Society last summer.

Camille: This past summer, I was an intern for the Performing Arts department at Japan
Society. Japan Society is a cultural center and is made up of four other departments
that put on their own programming, including Business and Policy, Film, Talks+, and their gallery. The Performing Arts department focuses on bringing traditional and
contemporary Japanese performance to New York City, and features many artists
coming directly from Japan.

Camille: Like most theaters in New York, there is no performing arts programming at the Japan Society over the summer, so my internship was largely focused on long-term planning and strategy. My main work was helping to edit and compile text and images for the 19-20 season brochure and other marketing materials. Other tasks included preparing visa applications for artists performing in the fall, as well as doing some development research for the department in an effort to find new sources of government and foundation funding.

Jessie: What were some of the things you enjoyed most from this opportunity?

Camille: There are a variety of different things that I really enjoyed about this internship. What I liked most about it was the team I worked with. It is a small department and because of this, I was able to work closely with my team. 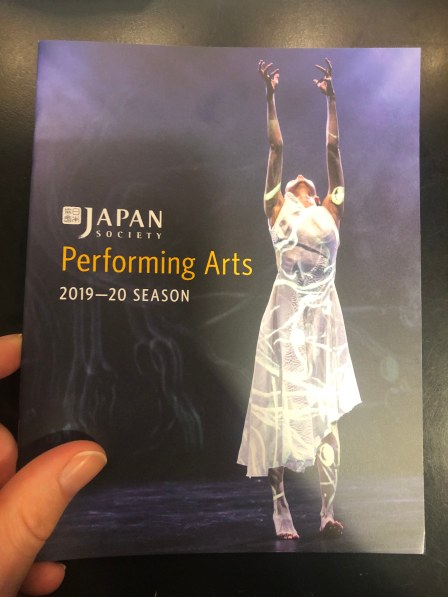 The Performing Arts department consisted of an Artistic Director, Technical
Director, a program officer, an assistant, and myself. The small size of the department
allowed for me to take on many different types of tasks. I mostly worked independently,
though sometimes worked collaboratively with the marketing and development
departments.

Jessie: What was your interest in pursuing this internship? What previous experiences
shaped this desire and motivation to intern here?

Camille: I have been interested in programming at Japan Society since moving to New
York City in 2016 because I double-majored in Japanese Studies in undergrad. The
organization was on the top of my list of places I wanted to intern. I was also attracted to
this position because of the way that Japan Society is organized by program area. This
allowed me to be involved in many different aspects of performing arts management at
once, rather than having to choose between a marketing or development internship, for
example.

Jessie: What previous skill sets did you have that gave you the confidence that you could perform at this role?

Camille: My first year at ARAD definitely gave me new skills that I was able to apply to
this internship. Our Support Structures class,  which focuses on fundraising and
development, was very helpful in the research I did during this internship. While at Japan Society, I used databases like Foundation Center and GuideStar that I would not have known how to navigate prior to that course.

My background in Japanese theater also gave me an edge in this role. I had previously
interned at a Japanese-style theater, called Theater of Yugen, and adapted a traditional
noh play for my undergraduate thesis project, which I feel my internship supervisor
really valued.

Jessie: What was it like to intern at the Japan Society?

Camille: There are many additional activities to take advantage of that Japan Society
plans for its interns. Over the summer, they sponsored trips to the Noguchi Museum in
Queens and to Urasenke Chanoyu Center, where we experienced a traditional Japanese tea ceremony. The center is in a historic building that has been renovated on the inside to mirror a traditional Japanese tea house. Japan Society’s film festival, “Japan Cuts,” takes place over the summer, so we attended films and related events surrounding that as well.

Jessie: What other things did you take away from your experience at the Japan Society?

Camille: This internship reinforced my desire to work across cultures. I could see
myself continuing work at a cultural center in the future, as I am a native French
speaker.

Jessie: Are there any tips and tricks you can provide to first-year ARAD students
about the internship application process?

Camille: I would suggest applying early and being aware of what organizations take
rolling applications versus those with stricter deadlines. Try to pick a role that both
matches your skillset, but also provides room for you to be challenged. Lastly, take the
internship as an opportunity to experience working in a different type of environment or organization that you have not worked in before.

Thank you, Camille, for your time!