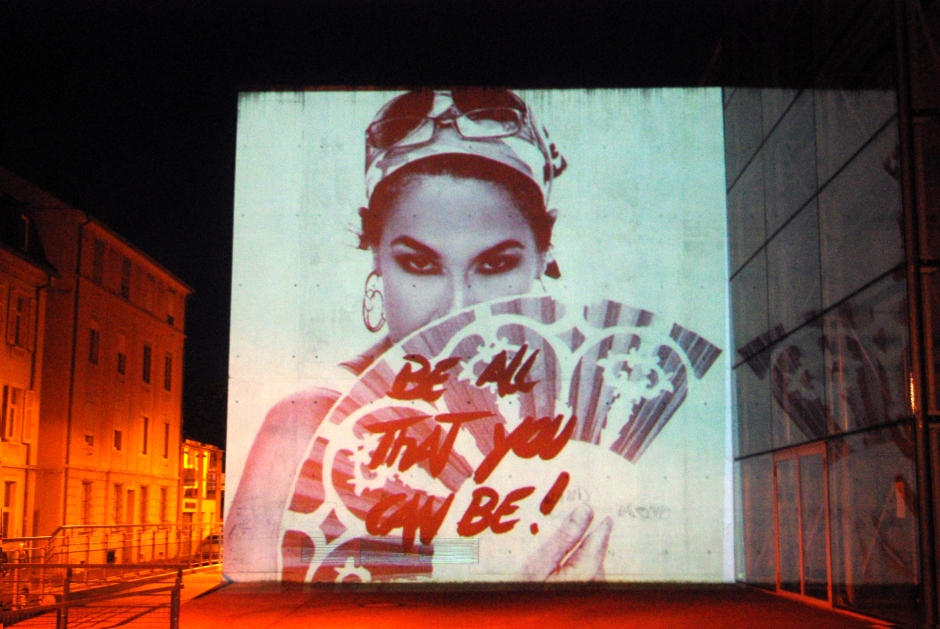 Yvonne Senouf (Class of 1991) has more than twenty years of experience in the art world, working in production, development, and communication. Venezuelan-born, Senouf has lived in France, Morocco, the U.S., Spain, and Greece. As a founder of Clinica Aesthetica, an experimental multidisciplinary space, she has produced more than twenty international projects. Currently based in Athens, Greece, Senouf is the co-founder and cultural producer of MELD, an interactive global art platform and collaborative catalyst that commissions, produces, and presents works of art on climate change. In 2015, MELD was nominated for the prestigious COAL Prize Art and Environment, which supports projects in contemporary art related to environmental concerns. ARAD sat down with Senouf recently to discuss ARAD, her current projects, and being an agent for social change.

First of all, congratulations on your success with MELD, and particularly your recent nomination for the COAL Prize/Art and Environment (2015). Can you tell us a little bit about how MELD came to be? Thank you, we are very happy with the nomination! It was very unexpected; it’s a very competitive prize. We unfortunately didn’t win, but we were the runner-up, and it allowed us to meet so many people and to raise interest in our projects.

MELD started during a transitional period in my life. I had lived in New York for a long time after ARAD, then made my way to Spain and finally to Athens. Corinne Webber, who is a film producer and a good friend, called me from California to ask whether I was interested in collaborating on a project melding the arts and the sciences. We didn’t just want to produce a “one-off” exhibition or own a space: what we really wanted was to engage in depth and change our lives, to start a movement and produce works of art that are anchored in scientific data – not only hard core sciences, but also social sciences. We wanted to tackle global warming, but also the humanitarian crises which are consequences of climate change. It was born in a very organic way. And we collaborate with hundreds of people in our network, including artists, scientists, designers, and other creatives. There’s a big effervescence now of projects like ours, kindred spirits and like-minded concepts, and that’s also what keeps us going, knowing that there is a global community art that grows into this bundle of little networks and sparkles. This hub has allowed us to develop self-sustainable fundraising practices empowering the recipients and the funders by giving them ownership of the projects.

MELD has a very international structure, and projects tap into human justice issues. Can you give us your perspective on the arts as an agent of social change? What impacts do you foresee (or hope for) from your global reach? I believe we all have a part of social responsibility towards our communities, and more so by being a cultural agent. We live in very complicated times and it feels like we are at a crossroads, where we can’t go back and undo what has been done, but we can still change our everyday life and adapt to current situations without furthering the damage. Though we cannot stop the devastating consequences such as tsunamis, earthquakes, floods, or draughts, we can learn to live with them. We are developing new technologies, like new ways of planning and urbanising our cities; ie. the New York Coastline envisioned by B.I.G. Many scientists will tell you that the science alone is not enough: the data is too daunting and hard to grasp, and what we need is to translate it into an emotional message that can trigger empathy and engage emotionally not only the general public, but also the world leaders. Culture is at the head of this battle. It is through cultural agents that the scientific data can speak the emotional content that hard data cannot. Understanding what it means that the earth’s temperature is raising five degrees is too abstract for most of us. But if we can see it, and feel it, we become more inclined to act. Culture can and should act as the “translator.”

During your studies in the ARAD program, did you experience an “A-ha!” moment motivating you toward a particular role as an arts administrator? I come from the same Arts Administration program, but in the early nineties ARAD was part of the School of the Arts, and that gave us the opportunity to blend with some of the greatest creatives of our time. I remember some of the greatest moments being the ones where we met with contemporary art world personalities, like a major art collector, an artist or a museum director. For example, we had a talk with Thomas Krens, Director of the Guggenheim Museum, before the Guggenheim Bilbao opened. Krens revealed the Bilbao plans that same day. It was incredibly exciting to live in that time. These moments were exceptional as we were living the changes as they happened. The network and connections I made while at the school are still invaluable. I still truly enjoy interacting with my network, and fully understanding the work and projects of people we work with. I have recently joined the ARAD alumni committee, which is an interesting conversation, and to me means giving back and growing. The website will be online soon, and one of the main ideas we are organizing around is offering access to the incredibly interesting people that are the network of Teachers College and the School of the Arts alumni.

What skills and opportunities has the ARAD program provided you as a student, and now an alumna, to move ahead in your career? I love that the program is in New York. The city is such a laboratory and we got to incorporate the classes into what was going on in the city. I also really liked my internship. I took mine at the Studio Museum in Harlem, when it was still small, allowing me to get exposed to many facets of museum work. I met regularly with the museum director and was involved in all of the museum’s activities. I worked in the archival department with the James Van Der Zee photography estate, an incredible and unique opportunity to have my own hands on his oeuvre. Once I graduated, I entered the art world working for blue chip galleries such as the David McKee Gallery, Christie’s, and MoMA among others, but I could not find my place in the pre-existing corporate or non-profit models. I had to take a leap of faith and invent my own model: Clinica Aesthetica, a space dedicated to the creation of cultural concepts building on interdisciplinary practices. Clinica was an incredibly exciting time and I learned from my experience the hard way, yet it was still not enough, and I felt something was missing. I realized years later that I needed more than being just a money-making machine. I needed to change my life and come back to ancestral values, redefining my notion of success and happiness. MELD has become this new experiment, and though we are not exactly financially viable, we have found a rhythm that permits us to work and live the way we want.