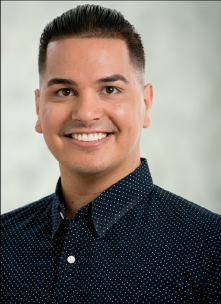 After a scene-change from stage to classroom, and then a short leap to a consulting gig, Donald Borror (’15) has listened to his timing cues and executed an elegant grand jeté landing in the position of Executive Director of Dorrance Dance.

A Juilliard-trained modern dancer, Borror was a company member with Ballet Hispanico before coming to grad school and joining the ARAD community.  Upon graduating, Borror wanted to sharpen what he perceived to be the dullest tool in his belt: development.  He joined DUNCH, a consulting firm for non-profit cultural organizations, and worked on fundraising projects with companies such as Mark Morris Dance Group, The Apollo Theater, American Composers Orchestra, Art21, and BRIC.

“While I was at DUNCH, I was still developing skills that I had started working on while I was in the ARAD program,” Borror said.  “I was transferring them to a real life setting, but not really with the responsibility of having all of the ownership of it; that’s sort of the nature of consulting.”

Dorrance Dance, a tap dance company founded by MacArthur Fellow and Artistic Director Michelle Dorrance, was a client of Borror’s at DUNCH. After working together for almost a year, Borror was inspired to take full ownership and found it to be the right time to make the move. “I realized while on that project that I was really, really drawn to Michelle’s work,” Borror said. “The energy around the company was very positive and I was looking for something to really dive into.”

Having consulted for the company, Borror knew the ins and outs pretty well; he’d helped write position guide for Executive Director job, which, he says, echoes the ARAD curriculum.  In addition to the development work with which he was familiar from his time at DUNCH, Borror says of his ED position at Dorrance Dance:

“You’re also managing at least five other different spheres: fundraising’s one aspect, but there’s also production, there’s marketing and PR, there’s internal office relations, working with the board. There are so many different little ecosystems that could be their own full-time thing. It’s so similar to what the ARAD program provides, giving you such a wide menu of options for what you can study. Because the reality is, when you’re in a job like this, you really touch on all of those elements almost everyday.”

Borror’s experiences as a dancer and as an ARAD student have attuned him to the structures of the dance world, both in media res and from an analytic vantage point.  His Master’s Thesis, “Dancing Inside the Institution: Examining Labor Rights Within Major Dance Companies” assessed the impact of AGMA (the major US union representing large dance companies) on organizational operations.

“On top of my personal experience working in a union, I added an academic lens so I could expand my sample pool outside of personal anecdotes. I interviewed the company managers of the AGMA companies in New York City and was able to pick the brains of the people running Graham, City Ballet, Ballet Hispanico, Ailey, ABT about what it means to provide support for your dancers. So now in these conversations with Michelle, I can point to my experience at Ballet Hispanico when X thing happened, but I can also point to page 85 of my thesis where I analyzed the same situation.”

The ARAD program provokes its students to analyze the social, cultural, and historical associations tied to specific art forms.  Immersing himself in the tap world at a pressing time to be thinking about historically marginalized forms of dance, Borror is learning the social nuances of the genre and the defining role it is has played in African-American—and American—cultural history. Tap has been burdened by prejudices rooted in racism and classism, the details of which are explored in scholar Constance Valis Hill’s “Tap Dancing America: A Cultural History” and new tap dance database at the Library of Congress.  In addressing these factors, Borror draws from another role he has held in the dance world:

“I’ve served on the Dance/NYC Junior Committee for a number of years and the equity and inclusion work we do has definitely helped me frame the way I approach the form of tap dance. It has armed me with the tools and vocabulary needed to address these race-based conversations that we’re having in relationship to its history. It’s been really helpful to have that context when bringing a traditionally black form into traditionally white spaces and understanding the implications that creates.”

Careful to acknowledge the history and legacy of tap, Borror and Dorrance pay tribute to the company’s predecessors and contemporaries. Yet at the same time, Borror embraces and leverages the singular position Dorrance Dance holds as a concert tap dance company.  “There are no other major voices in tap that have a company apparatus in the same way as us, in New York City. To provide a destination for a sector of the dance field that doesn’t have a lot of offerings like this is really important.”

Borror is generous with advice to ARAD students and his expressions of advice are a reflection of his personal positivity:  “It’s really easy to become very cynical about the state of the field and things that are messed up. After those conversations, … take a step back and say I’m doing this because I love X.”  Then ask yourself: “What are we all doing to make the field a better place?”  As to the keys to success: “Some great advice that was given to me about being a dancer, but I think it applies to a lot of pieces of life, is that you need to be two out of three things to be successful—the three things are nice, talented, and on time.  I would stress the nice and on time.” 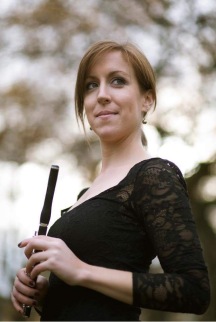 Prior to joining the ARAD program, Nadia Kyne held the position of Assistant Principal Flute and Piccolo with the Vancouver Symphony Orchestra for six years. During her tenure with the orchestra, she served on a number of management-musician committees and was elected Chair of the Orchestra Committee, the musicians’ representative on the board of directors. Committed to bringing music education to underserved communities, she taught at an after-school outreach program in Vancouver’s Downtown Eastside and worked as a teacher-participant in a collaborative study with the UBC Faculty of Education on the effects of music education on self-regulated learning outcomes. Nadia holds degrees in Flute Performance from The Juilliard School and The Curtis Institute of Music, and aims to pursue a career in orchestral management upon graduation from Columbia.

What attracted you to the Arts Administration Program at Teachers College, Columbia University?

With the goal of transitioning from performing to a career in orchestral leadership in mind, I wanted to find a program that would complement the work experience that I’d already had, by providing me with the best practical skills to make me an effective administrator. For me, the ARAD program’s core curriculum offers the perfect mix of business, arts, and law classes, and I was very excited to have the opportunity to tailor my education with elective options throughout Columbia’s schools. The fact that the program is offered through Teachers College, a school with a strong social justice tradition, made it even more appealing for me.

What are the three things you need to have on you at all times?

Coffee, Spotify, and an unlimited metrocard.

Describe student life as a member of the ARAD community.

I love being a part of this cohort. I’m surrounded by inspiring peers who bring an incredible diversity of experience in the visual and performing arts, and I get to learn from them every day. Our professors constantly challenge and motivate us to think more deeply and comprehensively about the issues facing the field, and students from the 2nd-year class have been a huge support, providing advice and mentorship along the way. And being in New York is a huge added bonus! There are always amazing things to see and do, and countless opportunities to learn from administrators who are working at the very top of the field.

Who are your three favorite artists, in any medium?